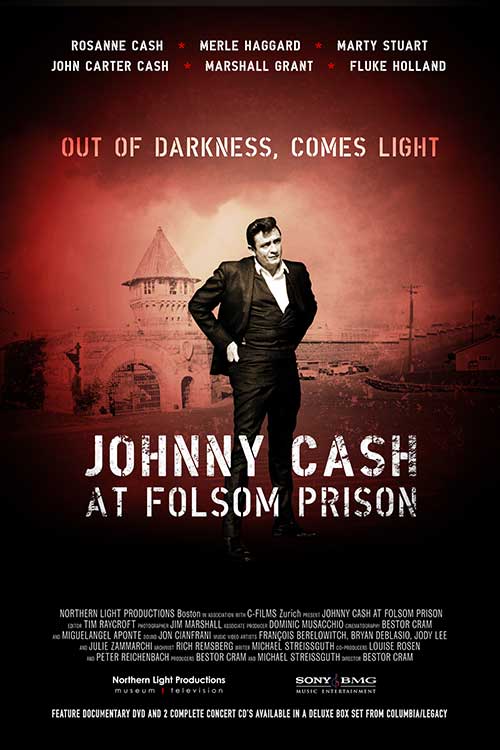 It was January 1968, a year that would be saturated in violence and by historical change. Tucked away in a gray prison cafeteria in Northern California, isolated from the tumult outside, hard men doing hard time witnessed the making of a legendary album that would catapult a country singer to international stardom. Johnny Cash at Folsom Prison remains one of the greatest live albums ever made, and the man himself one of America’s greatest troubadours and advocates for prison reform. Forty years later, the album still resonates today with a rawness and authenticity that few recordings have ever achieved. This film exposes the lesser-known “Man in Black” through a visually compelling examination of his historic concert.

Heartfelt, full of humour and hungry for acceptance, this is a worthy document of the performances of a lifetime.