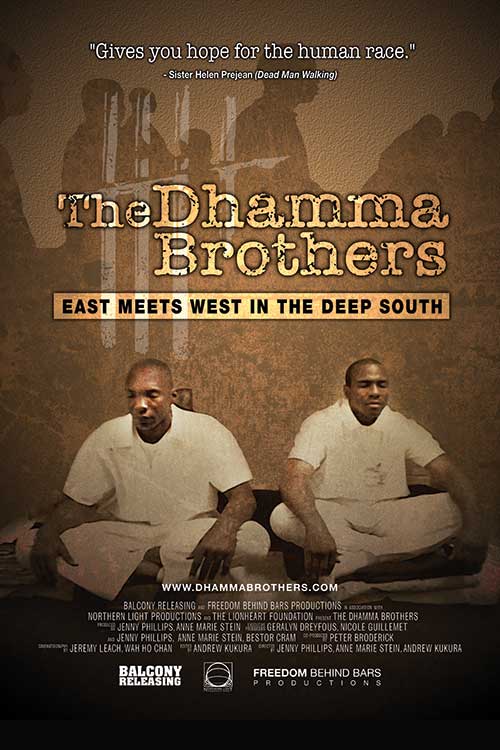 East meets West in the Deep South. An overcrowded maximum-security prison—the end of the line in Alabama’s correctional system—is dramatically changed by the influence of an ancient meditation program. Behind high security towers and a double row of barbed wire and electrical fence dwells a host of convicts who will never see the light of day. But for some of these men, a spark is ignited when it becomes the first maximum-security prison in North America to hold an extended Vipassana retreat, an emotionally and physically demanding course of silent meditation lasting ten days. The Dhamma Brothers tells a dramatic tale of human potential and transformation as it closely follows and documents the stories of the prison inmates at Donaldson Correctional Facility, who enter into this arduous and intensive program. Produced in association with Freedom Behind Bars Foundation, the film was released theatrically, won numerous awards, was profiled in The New York Times and on NPR, and featured as part of Oprah Winfrey’s Soul Series. It has been translated into 28 languages and continues to be broadcast around the world.

The Dhamma Brothers have taken their own passage to India and discovered a practice of meditation that guides them down their inner path to freedom.